Butter use salted or unsalted butter.

Cornflour also known as cornstarch. Available made from corn or wheat.

Cream to make soft, smooth and creamy by mixing with a spoon or by beating with a mixer. Usually applies to butter and sugar.

Cream cheese commonly known as Philadelphia or Philly. It is a soft cow-milk cheese.

Dissolve mix a dry ingredient with liquid until combined.

Dust to sprinkle or coat lightly with flour or icing sugar. 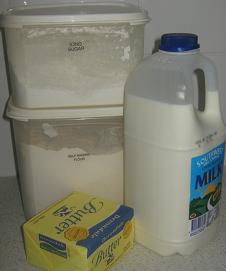 Fold in a gentle, careful combining of a light or delicate mixture with a heavier mixture, using a metal spoon.

Melt to heat until liquified.

Milk I use full-cream homogenised milk, unless otherwise stated.

Return from Cupcake Glossary to All About Cupcakes home

Kids in the Kitchen