Royal Icing is made with egg-whites, lemon and icing sugar. It sets hard and is ideal for frosting biscuits.

Royal Frosting can also be used to make decorations such as flowers and figures for decorating cakes and biscuits. The icing can be piped into shapes which are left to set on a non-stick surface.

The easy royal icing recipe that I use does not contain glycerine. Glycerine is often included as it stops the icing from setting too hard. This is useful if you are wanting to apply the icing to cakes and want them to have peaks. 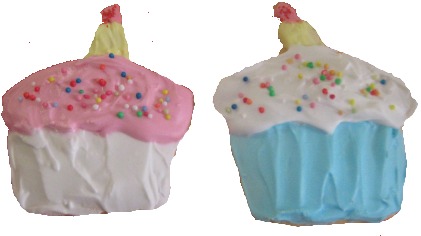